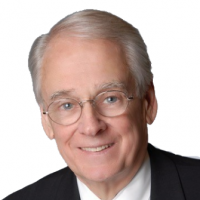 Terence (Terry) Thorn is a 45-year veteran of the domestic and international natural gas industry and has held a wide variety of senior positions including Chairman of Mojave Pipeline Company and President and CEO of Transwestern Pipeline Company. He has worked on design, development, and operation of gas projects throughout the world with a focus on managing risk and supporting commercial success.

As a Chief Environmental Officer, Terry wrote and had adopted companywide Environmental Health and Safety Management Standards and implemented the first environmental management plan for pipeline and power plant construction. Terry is currently focusing on international environmental policies and best practices to control methane emissions.
Residing in Houston, Terry is President of JKM Energy and Environmental Consulting and specializes in project development and management, environmental risk assessment and mitigation, business and policy development, regulatory and market analysis. He has done considerable work in the areas of developing and auditing Integrity management plans.

He serves as Senior Advisor to the President of the International Gas Union where he helps drive the technical, policy and analytical work product for the IGU and its 13 Committees and Task Forces with their 1000 members from 91 countries. He also serves on the Advisory Board for the North American Energy Standards Board where he co-chaired the gas electric harmonization task force and is currently involved in work on renewable natural gas, distributed energy resources and gas electric harmonization. Terry is also on the Board of Air Alliance Houston, an NGO focused on air quality issues in the Houston area. He has served on the California Council on Science and Technology’s for work on the Long-term Viability of Natural Gas Storage Facilities in California and the potential costs to the state of abandoned oil and gas wells. Terry has published numerous articles on energy, risk management and corporate governance.