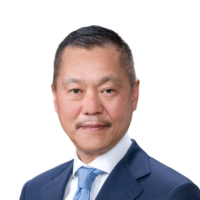 Ryosuke Tsugaru was named Senior Vice President, Division COO, Asia-Pacific Division of Mitsubishi Corporation in April 2022 and is based in Tokyo. In this role, he oversees the company’s equity position in LNG producing/under-development assets in Asia-Pacific and in Middle East.

Ryosuke has almost 30 years of experience in the oil and gas industry and was most recently Division COO of New LNG Ventures & Marketing Division, with responsibility for the company’s LNG growth strategy and its implementation. From 2015 to 2020, he was Chief Executive of Diamond Gas International (DGI), Mitsubishi’s LNG marketing, trading and shipping arm based in Singapore.

Ryosuke joined Mitsubishi Corporation in 1991 and started his career in oil tanker business. Then, since 1996, he pursued international businesses via LNG projects in various countries such as Brunei, Indonesia, Australia, Iraq and Oman. Ryosuke’s postings include four-year stint in London (2005-2009). He has a bachelor degree in Political Science and Economics at Waseda University