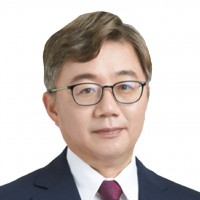 Mr Hee-Bong Chae serves as the President and Chief Executive Officer of Korea Gas Corporation (“KOGAS”), a role he assumed in July 2019. As the head of a sole wholesaler of natural gas in Korea and the world’s second largest LNG buyer, Mr Chae is responsible for driving KOGAS forward to ensure the country is supplied with sustainable natural gas in a safe, reliable and efficient manner.
Mr Chae began his career as a government official in 1988 and served over 30 years at the Ministry of Trade, Industry and Energy (“MOTIE”), the Ministry of Knowledge Economy, and the Office of President. As a career civil servant with extensive experience in trade, industry and energy policies, he has held various posts within the key government agencies. Prior to his appointment as the President of KOGAS, in 2016, Mr Chae served as the Director General for Energy and Resources at MOTIE where he spearheaded government’s energy policies to establish a safe and reliable energy system to fuel nation’s economy.

A key architect of Korea’s energy strategy and vision, Mr Chae spent significant part of his tenure tackling challenges to overcome national energy crises and establishing core policy initiatives for the energy sector. In addition to important energy issues, Mr Chae spent a few remarkable years in an advisory role to the Minister of MOTIE as well as to the Presidential Chief of Staff at the Blue House. These positions required him to coordinate both internal and external ministerial efforts while managing opposing positions on a variety of issues.

Mr Chae not only served in key posts within the Korean government but also worked as an energy specialist in Inter-American Development Bank from 2010 to 2011, where he prepared and supported the departments of borrowing member countries to execute projects or programs related to energy and transport, etc.